Picture this, I am sitting at home, in need of some laughs and I begin to see an exchange between one of my great friends and Telstra’s social media team. I first met Laura as the owner of the Woo! social club and have since had many an opportunity to get to know her. What I can say is… this exchange between her and Renee from the Telstra social media team really does just show her personality perfectly and had me in stitches. Most of all, aside from being amazingly hilarious, it really does show how a company can engage with customers by social media and let their staff members personality shine through to truly engage with the customer.

Kudos to Laura and I hope Renee can get it fixed for you in the near future! 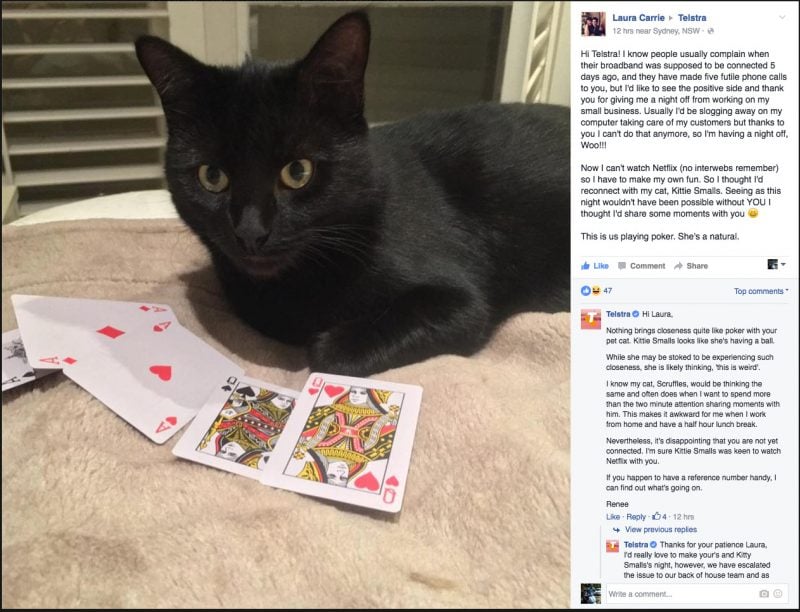 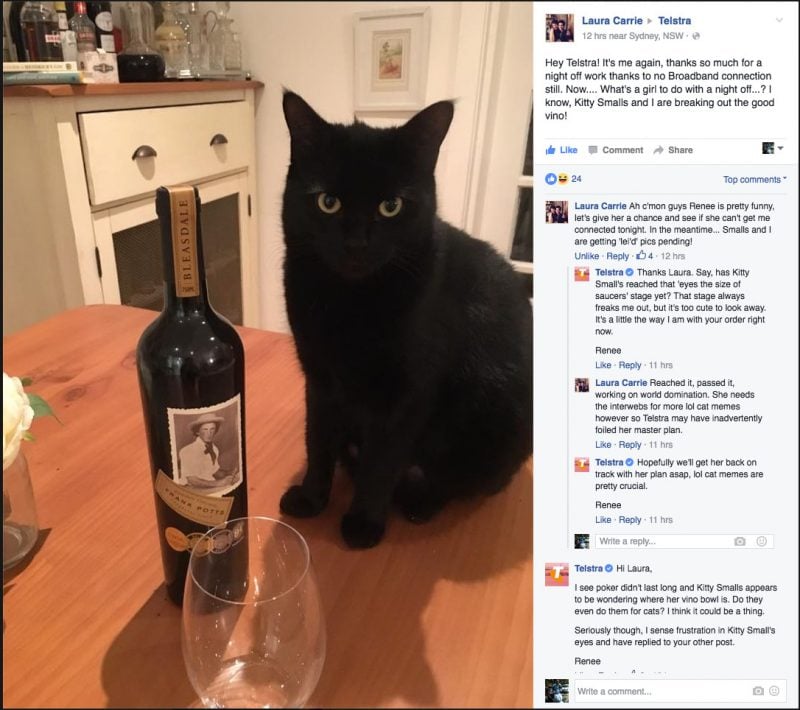 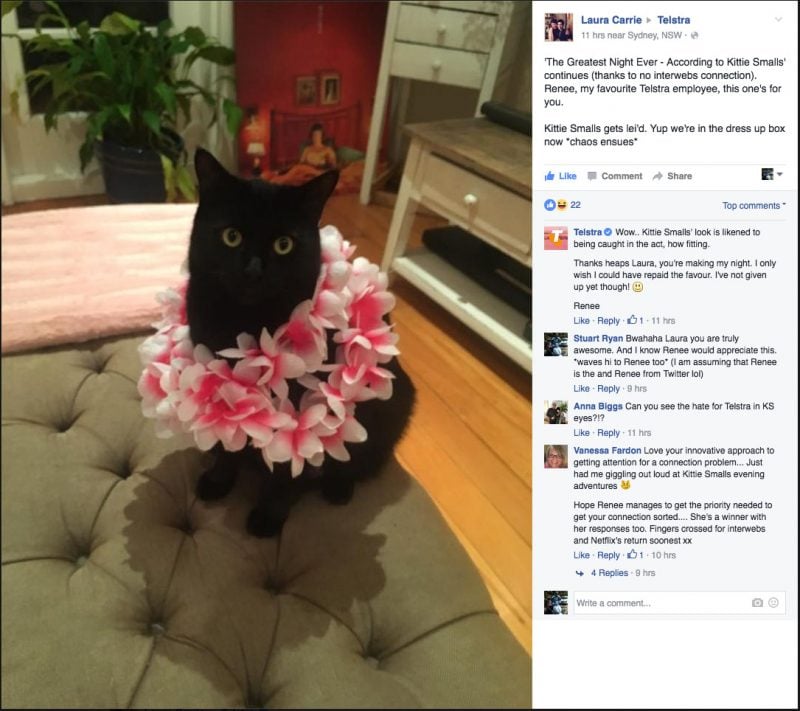 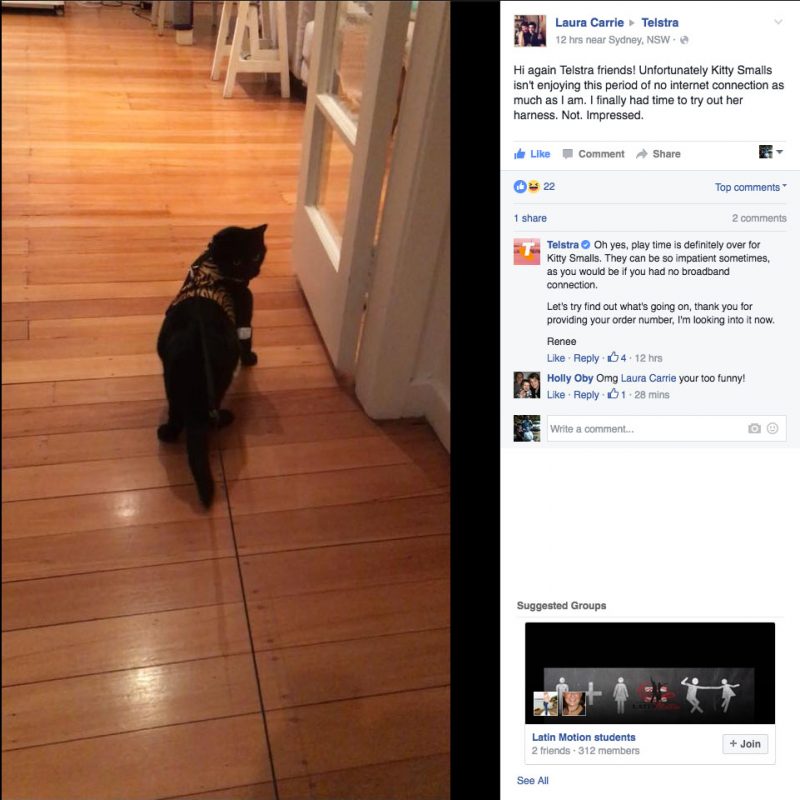 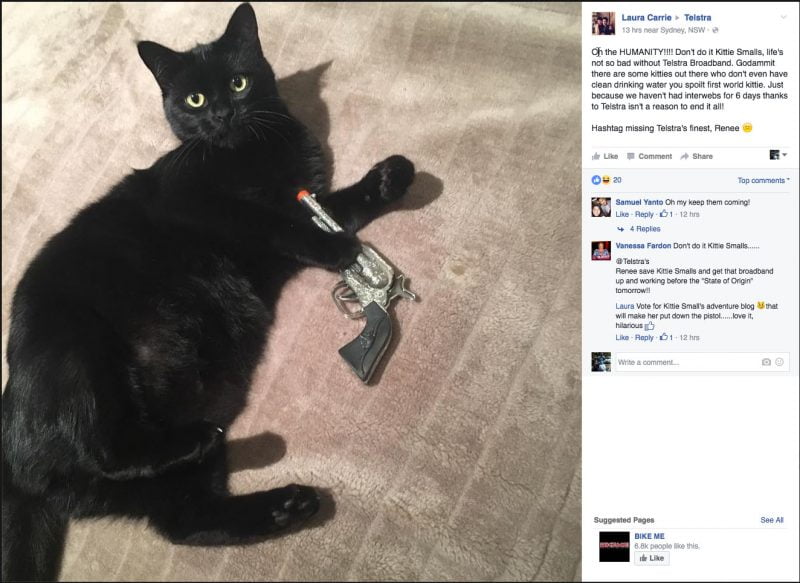 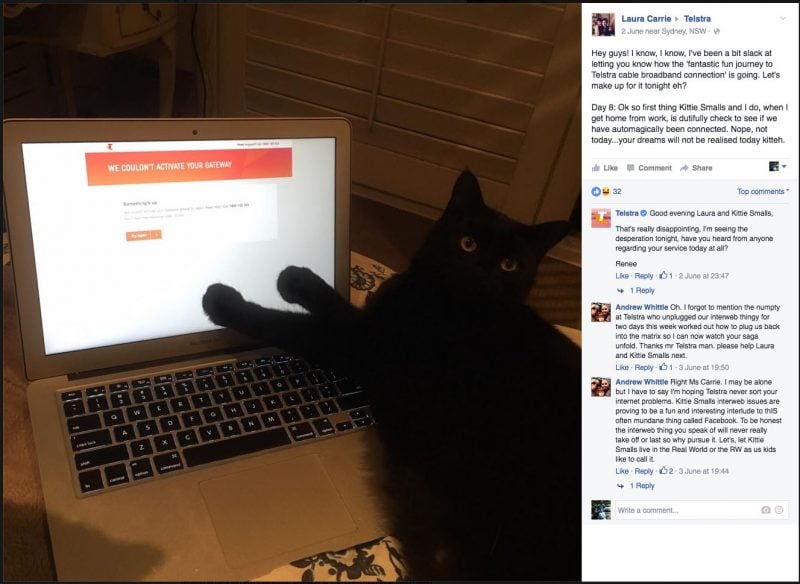 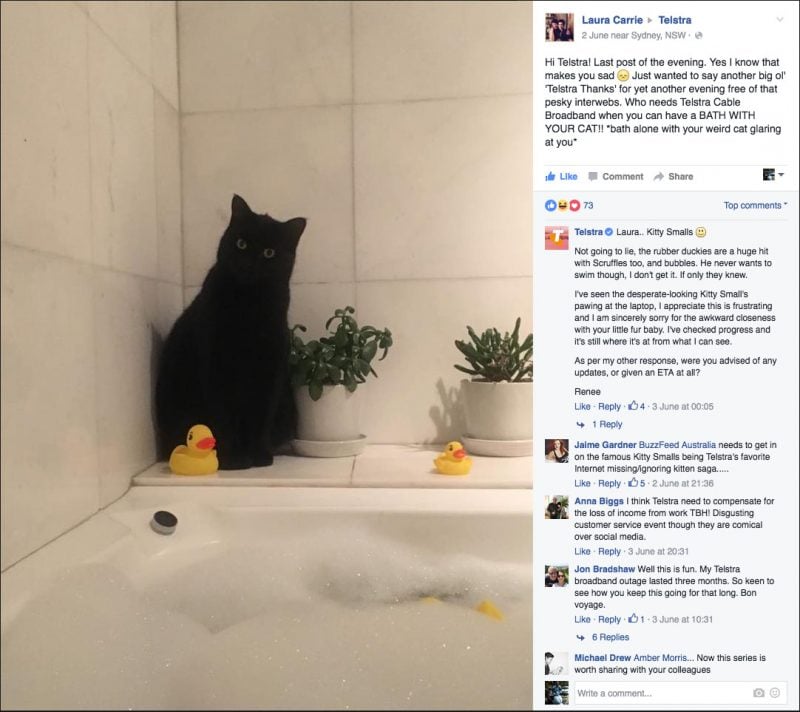 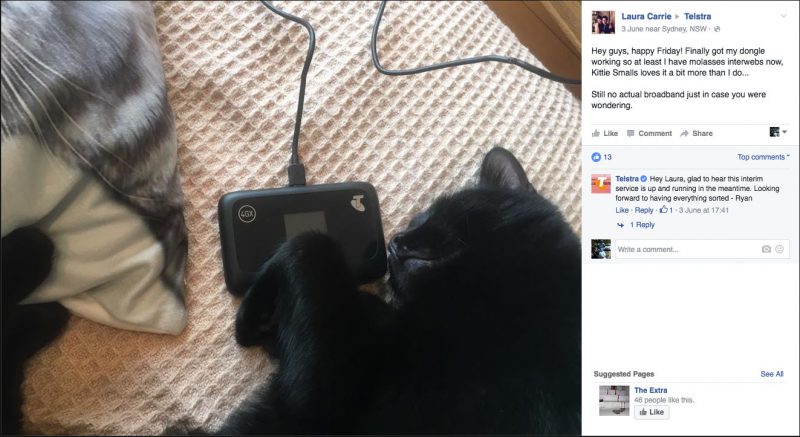 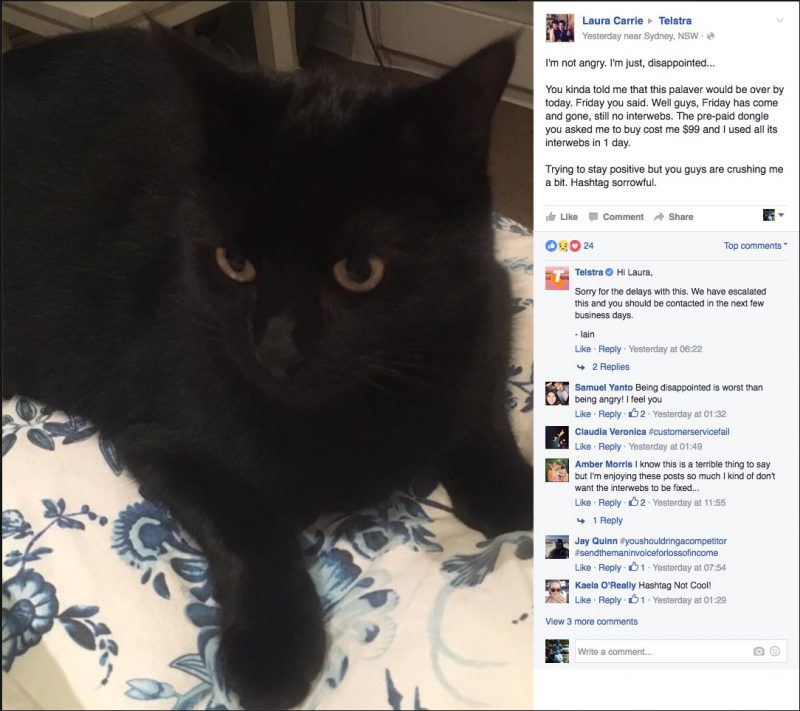 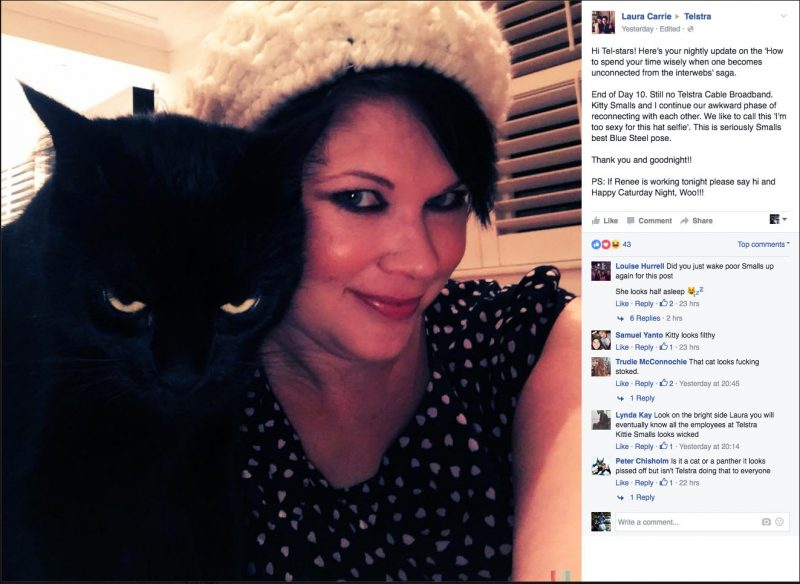 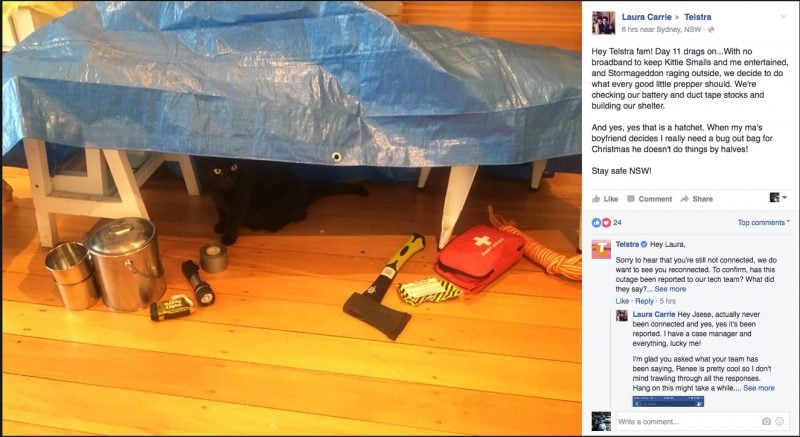 With privacy a large concern for consumers today, you can imagine my surprise when I logged into My Telstra account to see another person’s account information including account numbers, outstanding amounts, telephone numbers and associated information. Today I noticed the release of Telstra’s new MyAccount portal which I assume happened overnight. Curious I attempted to log in and after an hour and several tries later I managed to get into the new site and have a poke around. Although there does seem to be some general teething issues (which were mentioned to the @Telstra twitter account) it seemed rather shmick.

However upon logging in a bit later this morning to see if the issues were resolved I was concerned when seeing another customer’s account data presented to me rather than my own. In the two screenshots below you can see the first does not have a matching name or account number (and shows three separate services) belonging to Samantha and the second screenshot shows my actual account which has a matching name and account number.

As this only occurred once it is unknown if this issue is widespread. Telstra has been contacted for comment via Twitter (hey I am not a Journo so I don’t know the official channel) but has yet to respond. So have a look at the below images (click to enlarge) what are your thoughts, as a Telstra customer myself I am less than impressed and am curious to see how they will resolve my concerns.

Update:
12:45pm – Greg from the Telstra Customer Service Team is reviewing my account and reviewing the reported issues. Further details to follow as they arise.
2:40pm – Greg has phoned me and the team has been analysing my account over the past hour (and are continuing to do so). At this stage it looks as though it has only affected my account and not others.