Foxtel iQ3 – The worst piece of technology this year? 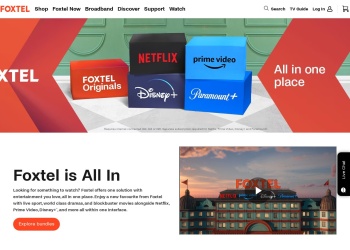 Ladies and gentlemen, it appears that we have a definite contender (and likely winner) of the 2015 Shonky Awards! When you pay a premium for cable television, it is every Australian’s right that, they get premium hardware… or that at least works… or that works on occasion… at least I now know, this was a woeful fallacy I was under.

On IT News (http://www.itnews.com.au/CXOChallenge/404155,innovating-for-your-life.aspx#ixzz3aeJON2n7) an article which seemingly Ms Nell Payne (Group Director Technology and Operations at Foxtel) had input into states the following:

“The company faced a bit of a hiccup when the iQ3 first launched over performance issues, though the cacophony of complaints has now hushed.”

To IT News (which was likely paraphrasing discussions with Ms Payne) and to Ms Payne herself, I provide the following response… I have an “iQ3 Saga File” My summary file on the saga currently sits at the following (time to grab some popcorn):

The first block is things that I have personally raised or have encountered myself. Wherever possible I have provided a link to at least one relevant forum post for the major items. I also highly recommend the “Overall less than spectacular operations during release” section.

At the very bottom (“Posts that say it all”) I have gone through the last two pages only of one of the forums (user feedback only, I figured this was more than enough to illustrate my point).

Throughout the process I have been very active on the forums (some of the post linked below are my own or posts I have been involved in), I like to think I am an extremely level-headed individual and I work in I.T. and know what system design, development, and testing is like… I do it day-to-day. This is one such post that I believe is quite level headed http://community.foxtel.com.au/t5/Foxtel-iQ3/class-action-regarding-IQ3/m-p/56879# (first reply).

The only way I have succeeded in using my box is to use it primarily for watching TV live or download SD catchup (recordings have been too flaky). I have been lucky enough that after much complaining and a formal complaints process, Foxtel agreed to re-activate my old IQ-HD box for 6 months at no cost until the issues were ironed out (I feel it is only fair to now let the community know) they also agreed to refund the full cost of install and the IQ3 (not all has been applied to my account yet).

The questions I ask of Foxtel are:

So feel free to vent and/or add your comments below is there anything I have currently missed from the below?

In some ways it has been a step backwards as well:

Posts that say it all: