Whether you are looking to run multiple OneDrive folders from a single Office365 Tennant or simply wish to rename or relocate your OneDrive folder (for easier identification) on your Mac, these steps should help you out!

First up, you need to have OneDrive already installed and (I suggest) completed a full Sync. If you are unsure of what you are doing, I *strongly* suggest you also make a backup of your OneDrive folder, just in case something goes wrong! After that, follow the steps below:

2. Open up a Terminal (I personally use iTerm, but you can use OSX’s Built In Terminal instead if you prefer

3. Run the following command replacing YOURUSERNAME with the username your profile directory resides in:

4. Ascertain which configuration directory contains the folder configuration you are looking for. The best way to do this is by running the below command (ensuring you replace SEARCHQUERY with the existing directory name that you are trying to rename)

5. Back up the file by making a copy such as the below command (ensuring you replace my example with the filename returned by your query in the step above:

6. Open the configuration file in your favourite text editor (whether that is VIM, BBEdit, or others) and change the folder name on the line that starts with ‘libraryScope’

7. Save and close the file

8. Rename or relocate your OneDrive folder BEFORE starting up OneDrive to the new name/location you entered in the configuration file in the steps above

9. Start OneDrive and it will pick up your folder in the new location and continue Syncing

Google reveals the best first step for this as to Reset the Printing System as documented by Apple. Please be warned, you will lose all your printers if you do this, however, it is likely a bad driver you are encountering so this will at least give you access to add new printers in.

So, if you have exhausted all possibilities MacManager put has a neat little script as defined on the MacOS Hints forum to get around this.

If you save this to a file called deletePrinters.sh, then run on the command line/terminal ‘sh deletePrinters.sh’, you will be able to remove all printers and should get access to the Printers and Scanners menu in System Preferences again. Note, you could adapt this to comment out the lpadmin -x $printer line and instead see the printer names, then try deleting them one by one, to hopefully find the bad one before you delete them all.

Hope this helps, now time for me to get back to installing printers again! 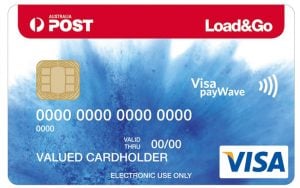 After the unfortunate demises of retailers including Dick Smith Electronics, Masters, and Pumpkin Patch in Australia (to name a few), and my own shopping for Christmas gifts not a month ago, I began pondering an issue with the humble gift card. While this has been written with an Australian context in mind, the principles apply worldwide (and with a little local sleuthing, you should find local details appropriate for you).

For those of you not keeping up, when a retailer enters administration, a seemingly regular side effect is that already purchased gift cards go into limbo, held at the mercy of the administrators. As the administrator will receive no additional funds for the exchange of goods, they may choose not to honour the gift cards, or place additional terms on their use. Countless examples from the demise of Dick Smith Electronics occurred where people lost entire balances and large sums, as well as customers of Pumpkin Patch being told that gift cards would only be honoured if an equivalent amount of cash was spent in store at the same time.

With there being no legal requirement in Australia for gift card balances to be ‘treated like cash’ (despite most gift cards saying they should be treated as such), a gift card purchaser is at the absolute mercy of the continued solvency of the retailer. You know the old saying cash is king, this certainly holds true and gift cards it would seem, are definitely not king!

However, there is an alternative which, in my opinion, carries a significantly lower level of risk. Many people are unaware, but Visa offers both prepaid and reloadable cards that can be purchased from Australia Post stores (for Aussies) or from other retailers worldwide. Essentially, for a couple of dollars more than your ‘gift card balance’ you would like to buy, you can transfer your risk from the solvency of an individual retailer, to one of the major credit card providers of the world. Sure, Visa themselves could go under one day, but that is infinitely less likely than a single trading retailer going bust, in a single country.

The prepaid cards carry the benefit of being usable where any Visa card is purchased, so they are not locked to any one retailer, can be used physically in person, or online also. The reloadable card (available for around $7AUD more) can be used repeatedly and reloaded as many times as desired until the expiration date, which can also be beneficial in itself.

So, before you next purchase a gift card for a loved one, consider the risk you are willing to accept for you investment, and perhaps consider the Visa prepaid card as a preferable alternative. Call me risk averse, but I will put my bets on Visa being around for many many more years, major Australian retailers however, seem to be going bust like it is going out of fashion.

Final thoughts – My sympathies go out to all those affected from retailer demises, in my early years I too worked at Dick Smith, and have a lot of memories from there, in it’s day it was the best store, with the best customer service!

This site collects anonymised data for the purposes of analytics (Google Analytics) and server-based analytics.

Additional data may be collected if you opt to use the Contact form, or Comments forms (Disqus).